Learn From the Apple Cider Vinegar Reviews of Its Benefits, Effectiveness and Side-effects

Apple cider vinegar (ACV) is a form of vinegar that is synthesized from cider/apple must and has a shade of amber color. The Unpasteurized or organic form of this ACV is known as 'mother of vinegar, 'and it looks similar to a cobweb. Further, it gives a congealed look to the vinegar.

This type of vinegar finds its use in vinaigrettes, chutneys, salad dressings, food preservatives, marinades and much more. In this article, we shall give a comprehensive apple cider vinegar review. To begin easy, let me mention that I am very familiar with this product as I have been using it for quite a while hence my opinion of 4 stars rating out of 5.

Here are some of its outstanding aspects of the ACV:

1.It is has a cleansing element to its touch.

Apple ﻿cider ﻿vinegar is good ﻿﻿﻿for cleansing the body and gives someone many nutrients. I have been taking two tablespoons of ACV at room temperature with clean water, once or twice a day.(1)

I used to get a bloated stomach sometimes, but after starting usage of the product, I have noticed improved digestion. Indeed, there are many apple cider vinegar reviews that support my point.

2. It regulates the blood sugar.

I have always been a fitness freak. Taking care of my blood sugar level is vital to me. After taking the apple cider vinegar, I have been feeling better and better.

I also just learned that a study was done at Arizona State University that backs the therapeutic effects of ACV, especially for those who are likely to get type 2 diabetes.

Apple cider vinegar tends to have a sour that may be tough to get used to. If you have trouble with the taste, you can blend it with other ingredients, like coconut oil, ginger, virgin olive oil, pepper and others, to make an excellent salad dressing. I tried it, and it worked very well for me.

4. It is a good choice for losing weight.

A pal of mine was just about to get married but was unable to fit into her desired wedding dress. She started consuming apple cider, and in just a fortnight she has gotten rid of one dress size.

She drank the vinegar with water and honey thrice daily, and the results were fantastic.

5. It is an acid reflux remedy.

When a relative of mine was put on medication due to acid reflux issues, I immediately introduced her to the apple cider vinegar.

It was not long before her acid reflux problems significantly began reduced. She is no longer under medication. 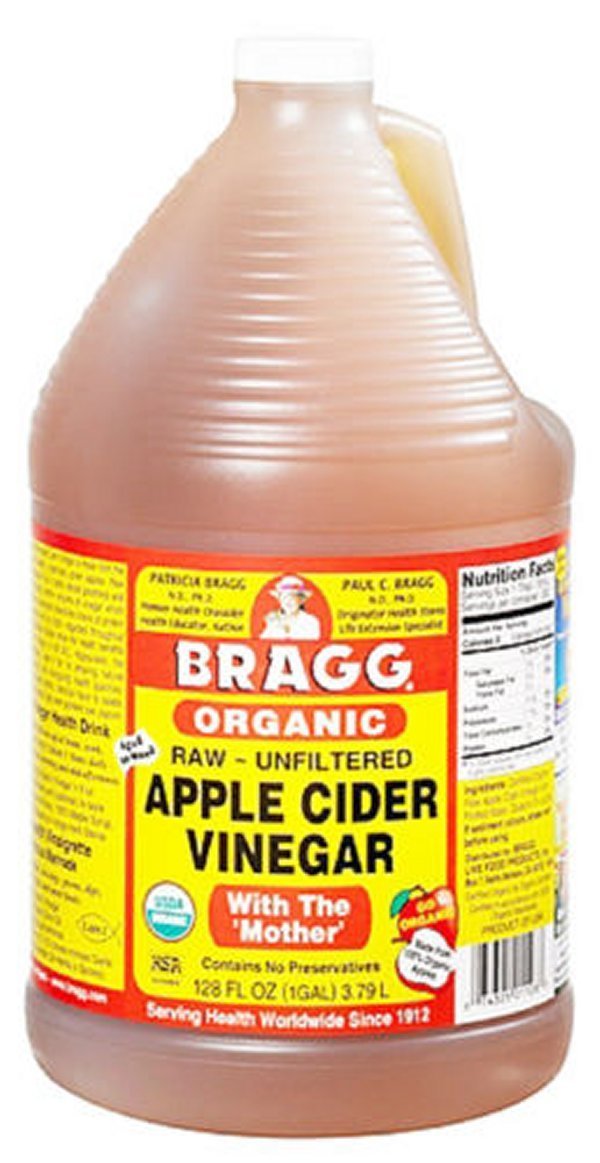 1.This vinegar contains potassium and magnesium which are vital in maintaining blood pressure.

3. ACV helps in liver detoxification and promoting circulation. It breaks up mucus and cleanses the lymph nodes.

4. Antioxidants in vinegar may lower premature aging. It also has an ability to keep the acid and alkaline balance in the body which reduces aging too.

1. Drinking too much of ACV may be unsafe.

2. Taking eight ounces of the vinegar daily, in the long-run may lead to complications such as low potassium levels.

3. It can also cause one to have weak bones (osteoporosis).

I rate the apple cider vinegar a 4/5 primarily because it has numerous health benefits for those who use it.

Taking too much of it, however, may not be a magnificent idea and seeing as how there is insufficient guidelines as t how much of it is excessive dosage, that explains the reason why I cannot award it a 5.

ACV is a great product for improving a person’s health if taken in the right amounts. This product can be viewed on amazon. The product features include it unfiltered, unheated, unpasteurized, has 5% acid and has 'mother of vinegar’ in it.

It is a healthy way to add a tasty flavor to a lot of foods, salads, vegetables and all types of popcorn. It weighs 3.7 pounds during shipment. View the Amazon site to read more apple cider vinegar reviews.

Can you Put a Glass Bowl in the Microwave

How to protect glass top stove from cast iron