Judging from a distance, it might appear that there isn`t much difference between the Vitamix 5200 and 5300. Indeed, there are so many similarities between the two products. They both belong to the Vitamix Classic blender series that was introduced in 2007. In addition, both models have the same layout.

They also have the same pitcher capacity, cord length, and warranty. In spite of the fact that the 5300 and 5200 models have so many things in common, there are quite some remarkable differences. For instance, the blade width, body width, height, and motor power are not the same.

These differences could mean that either of them would be more suitable for certain applications. For instance, the more powerful motor of the 5300 could give it an edge when it comes to tougher ingredients. That said, we shall now proceed to do a detailed comparison of Vitamix 5200 vs. 5300.

The Vitamix 5200 is one of the most popular models of Vitamix blenders as a whole. It is a versatile blender that can handle everything from frozen drinks to creamy desserts at a very high speed. The 5200 enables users to control the texture of their smoothies through the variable speed control. 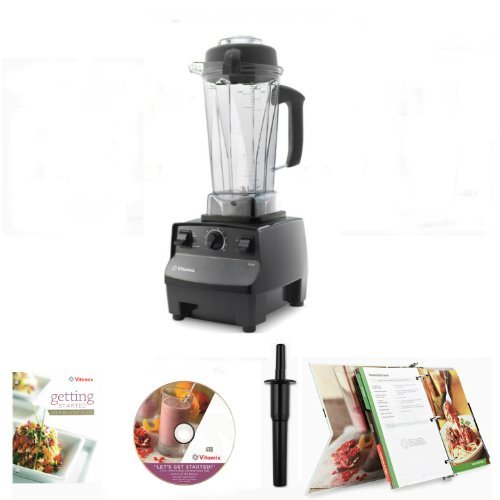 One other product that has enjoyed much popularity is the Vitamix 5300 classic blender. The 5300 is a high-performance blender that is remarkably low profile container. It gives a great performance with tough ingredients and is also very convenient to use. Above all, it gives a consistent finish at all times. 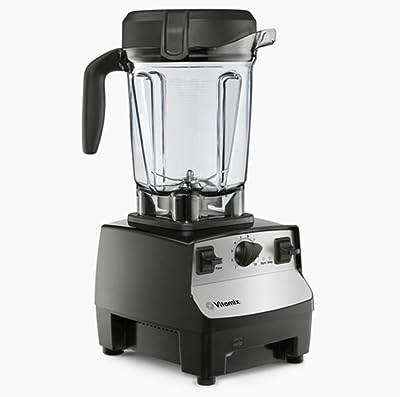 See more pictures and customer reviews on Amazon’s website >>
Compare how does it work? Vitamix 5200 vs. 5300

The Vitamix 5200 is driven by a 2-peak horse power motor in order to blend ingredients. The blender also has a variable speed control with 10 speeds which provides a wide range of textures. To use the 5200, one has to toggle the switch to the ON position and select either a high speed or variable speed

The Vitamix 5300 blender is powered by a 2.2 horse power motor which drives the cutting blades. It has a simple ON/OFF switch as well as pulse switch that are both used to select different speeds. In general, both blenders operate on the same principle and only differ in specifications and features.

One other important feature of the 5200 is its unique high speed mode that produces maximum power for tough ingredients. It also has 10- speed variable speed dial that can be adjusted at any point during the blend. Above all, it is equipped with a special accelerator, making it reach t maximum speed quickly.

One of the most outstanding features of the Vitamix 5300 is the pulse feature which enables it to chop or puree tough ingredients. It comes with a single 64-ounce container, and 10 speed variable speed dial. Most importantly, it is equipped with a powerful 2.2 HP motor.

In addition, the Vitamix 5300 comes with a laser-cut, stainless steel hammer mill and cutting blades, having a diameter of 4 inches. It also has a radial cooling fan as well as a thermal protection system. The overheat protection system helps to increase the life span of the machine.

One thing that many users will appreciate about the Vitamix 5200 is it`s self-cleaning feature. Cleaning the 5200 is as easy as putting warm water and dish soap into the pitcher and running the machine at maximum speed for about 30s. Users would also love the consistent texture produced by the 5200.

In addition, the Vitamix 5200 has a high precision that makes it able to pulverize even the tiniest of ingredients. The blades also generate friction heat as a result of their very high speeds and this means that they heat up cold ingredients in just 6 minutes.

Whenever it comes down to power and speed, the Vitamix 5300 never fails to deliver. This blender is especially suited for very tough ingredients and it delivers a consistent finish each time. One thing that is remarkable about this product is its low profile container that makes it very easy to store.

It is also quite easy to clean. In fact, anyone using this product stays in complete control since the speed dials can be rotated even during blend. But using this model one can be quite confident of a hassle free blending operation.

What We like: The vast majority of people who bought this product had positive things to say about using it. For instance, one user stated that the blender liquefied every ingredient smoothly. The same user also said that the blender worked excellently well with large chunks.

In the same vein, one reviewer said that the Vitamix 5200 effectively handled a mix of frozen ingredients and greens. The same user also said stated that the blender does not get clogged and claimed it worked like “magic”.

What We Dislike: Some users have pointed out that the product begins to spin at very high speeds while others maintained it was difficult to store since the pitcher is quite high( about 20 inches).

What We like: One thing that is common with many of the reviews concerning this product is that it is very easy to store since it has a relatively short pitcher (17 inches). The other thing most users enjoyed about the Vitamix 5300 is the pulse feature and the fact that it handles very tough ingredients.

What We Dislike: Some users expressed dissatisfaction with the Vitamix 5300, saying that it did not work well with for icy smoothies.

It is quite easy to see from our analysis that the Vitamix 5300 is quite superior to the 5200. Some reasons for this include the fact that it has a more powerful engine, a pulse feature, and a shorter pitcher. Moreover, the price difference between the two is almost negligible. However, do a little homework and be the judge.

Can you Put a Glass Bowl in the Microwave

How to protect glass top stove from cast iron